White House and Congressional Leadership Have Morning Meeting About the Sequester 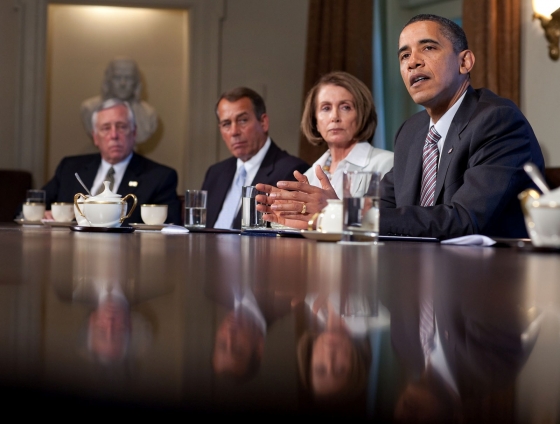 The White House and congressional leadership met for one hour about sequestration that is supposed to take effect this evening.

According to a Politico article, “next to nothing” was accomplished in the morning meeting regarding the $85 billion in automatic cuts.

“Washington sure isn’t making it easy,” President Barack Obama said after the meeting.

“We just need Republicans in Congress to catch up with their own party and their country on this. And if they did so, we could make a lot of progress,” the President added.

“But let’s make it clear that the president got his tax hikes on Jan. 1,” Boehner said in a post meeting interview.

“This discussion about revenue, in my view, is over. It’s about taking on the spending problem here in Washington,” he added.

(Click Here, to read ExecutiveGov coverage of sequestration from the very beginning.)