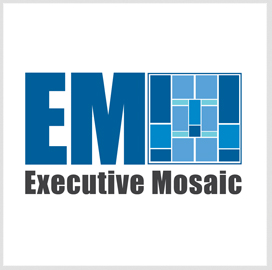 Many government agencies have prepared their proposed budgets for fiscal year 2014 even as they must deal with the cuts under sequestration and the need to optimize their resources to meet their missions.

ExecutiveGov, Executive Mosaic‘s website for the latest news on the public sector and its thought leaders, honed its focus on how agencies planned their resources for cybersecurity and other technology-related programs during the month of April.

That coverage extended across the spectrum of federal agencies from the military to civilian entities responsible for shoring up the nation’s cyber posture.

The White House asked Congress for $13 billion in cybersecurity funding across the federal government for fiscal 2014, $1 billion more than that covering fiscal 2013.

That figure is part of the White House’s total request of $3.8 trillion to fund the government for the next fiscal year.

On an agency level, ExecutiveGov also covered the Defense Department‘s request for $4.7 billion in funds for cyber warfare and offense capabilities, an increase of nearly $800 million over fiscal 2013 figures.

The majority of the $4.7 billion would go to developing offensive tools as the U.S. faces increasing cyber attacks that are alleged to have come from China, Russia and North Korea.

For its part, the Air Force asked for $30 million to fund cyber warfare operations and publicly disclosed that figure as the branch believes the public should know how it uses the funds.

The Air Force would put $19.7 million toward offensive cyber operations, $9.8 million for tools intended to carry out those operations and other funds to make products that protect systems from external threats.

Prabhakar, DARPA director for nearly a year, estimated the agency had to implement an 8-percent budget cut for all of its programs, including its highly-touted “Plan X”