Dr. Harvey Davis on His NSA Career, the Acquisition Process and Overcoming Challenges 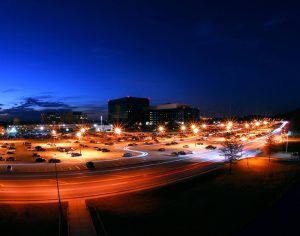 ExecutiveGov: What’s the personal value that you’ve taken from your different roles? What’s given you a sense of appreciation for your job?

As I went through my career, the recruitment, the HR work, the contracts work, and the facilities and logistics work, they all had in common that there were areas that needed to be addressed from a problematic perspective and smoothed out. One of the great things about this agency is this agency is a city. A municipality requires every skill under the sun, and you can move and change focus. If I was in the private sector, I probably couldn’t move from being an HR director to somebody who was in charge of construction across the country and managing billions of dollars of construction.

ExecutiveGov:  How have you had to adapt your academic and private sector training to fit a public sector role?

Dr. Harvey Davis: One of the things about the public sector that I have come to realize is that you really get a lot out of motivating people. When I compare that to the private sector, a lot of the motivation is financially driven, and the differential between people who are lower performers and people who are superstars is dramatic. In the public sector, in terms of pay and pay compression, not so much; we’ve had pay a freeze over the past three years.

You have to use something other than financials to motivate the people here. I think we’re very fortunate from an organizational perspective that our people really lock into the mission and the deliverables that we have for protecting the nation, and that gives us a foot up. But, at the same time, you want to be able to find everybody’s strength and understand the diversity of skills for different types of people.

Some of the recent projects I’m working on pull together facilities people, acquisition people, IT people, mission people. They require people from various different perspectives and customers to come up with common solutions. I don’t think that’s very much different than, on the outside, the concept of listening to your customer.

ExecutiveGov: On the acquisition side of things, how have you found the opportunity to interact and meaningfully engage with the private sector towards common goals? Can that be a difficult meeting of the minds?

Dr. Harvey Davis: Depending upon what your mindset is going into the acquisition, it can either be good or bad. If we are headed towards a common goal and we look at our acquisition as a partnership where both the vendor and the government succeed, rather than couch it as a competition of some kind between the government and the vendor, we can do tremendous things.

I have just completed a few years of billions of dollars worth of military construction, with the vast majority under a process called design build. Under that process, both the vendors and we design and change and recommend things to each other as we go along. This includes cost‑saving ideas that are instituted by the vendors and they share in the results of that. We try and keep expenses down.

So, we balance what I’ll call the carrots and the sticks to ensure that when the project succeeds, everybody succeeds.

ExecutiveGov: What is your typical applicant like for the NSA? Do you see people from across the spectrum, or are there certain similarities that are pretty constant across the board?

Dr. Harvey Davis: When I first did recruitment, it was in ’99, which was during the dot‑com boom and before the 9/11 patriotism started. At that time, it was kind of difficult to find people who really wanted to work for the government just for the patriotic reason. And there was a lot of debate going on in terms of salary. The federal government doesn’t match on salary. But what it will do is it will give you a very, very interesting and challenging set of requirements to work for and also provide you some stability.

At that time, when we started our recruitment process, we really hadn’t hired many people over the decade of the ’90s. That was during the downsize, and the relationships we had built with the universities and the schools around the country had deteriorated. So, we really had to build the relationships back up again. We had to go in and talk to classes, talk to professors, talk to engineering schools, and get them to understand. And it was a discussion of what the benefits are that would outweigh just pure money.

Fast‑forward to 9/11. We had a surge of applicants. We had maybe 70,000 to 80,000 people applying for a thousand positions at that time. And then the problem shifted to, ‘how do you weed through them and make sure that you hire the best people?’  Not that we didn’t hire the best before, but it was easier to work with a smaller volume.

With people looking at stability combined with the new interest in patriotism, the question became how you scaled your processes to sort through the volume and get the best of the best. It changed the problem from one of creating the volume to how to appropriately and efficiently weed through that and get the best nuggets you could out of those applicants.

ExecutiveGov: How do you manage in tough fiscal climates?

Dr. Harvey Davis: We have had a tough one this year, in terms of sequestration and related matters. The real issue is having more data and less emotion when figuring out which pieces are going forward and which ones are not. You can imagine, if somebody’s been working on something for a year or two, and you say, ‘Oh, your project is now cut,’ a lot of it is how you communicate it. ‘In terms of in priority of things, this is more critical at this time.’

As you go through budgetary cuts, you have to be careful not to tell people that what they’re working on was not meaningful. And so context and communications is critical during budgetary downturns.

ExecutiveGov: What is the most significant challenge to overcome right now?

Dr. Harvey Davis: The most significant challenge to overcome right now is uncertainty. The people who typically go into government service are not people who function well in environments of uncertainty. This past year, between the CRs, the sequestration, the uncertainty of what’s going to happen, people have traded different things in order to work in the government.