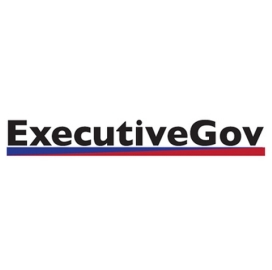 ExecutiveGov has taken another step as the key source for the government executive’s perspective on events affecting the public and private sectors, following the leaders who drive legislation and policies that affect interactions and relationships between industry and government.

EGov, the informal nickname used by Executive Mosaic staffers and loyal readers, has become the latest EM site to upgrade its theme, falling in line with EM’s other media properties that inform executive-level readers of daily events that impact the GovCon sector.

Visitors to ExecutiveGov not only learn about these key happenings in the government but have the opportunity to inform others of the latest news through social media buttons at the end of each story.

On the front page, readers have four avenues to follow ExecutiveGov in real-time via social media and to sign up for the ExecutiveGov Daily, where EM staffers send subscribers an email at 3 p.m. each weekday recapping the day’s developments.

In keeping with its executive-centric focus, EGov has followed the key leaders as they moved offices within the federal government, with some newcomers also joining the national public sector leadership ranks.

Eric Fanning will be sworn in later this month as under secretary of the Air Force after the Senate confirmed his nomination, nearly eight months after being first named to the position by President Barack Obama.

He previously served as deputy under secretary and deputy chief management officer at the Department of the Navy.

Sally Jewell, formerly the chief executive of outdoor equipment retailer REI, was overwhelmingly confirmed by the Senate to serve as interior secretary earlier this month.

She will a department of nearly 70,000 employees that manage U.S. national parks and lands used for offshore drilling.

EGov also hones its focus on the executive by publishing profiles of the nation’s leaders and Frank Kendall’s biography serves as a prime example of how the site sits at the intersection of the public and private sector.

Kendall acts as the Defense Department‘s chief weapons buyer as under secretary for acquisition, technology and logistics, a position he was confirmed to in May 2012.

His four decades of defense and security experience also includes time as principal deputy under secretary and experience at GovCon firms such as Raytheon, where he led internal research and development programs as vice president of engineering.

In a previous role there, Rodrigue led the government and commercial partners responsible for helping the agency move to its new campus in Springfield.

He served 20 years in the Army before joining the civilian service ranks and joined the Defense Intelligence Senior Executive Service in 2000.