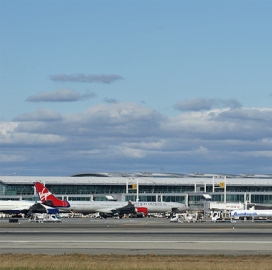 The Federal Aviation Administration started to furlough its 13,000 air traffic controllers and 47,000 total employees over the weekend and two the country’s largest airports saw flight delays as a result.

Furloughs will occur through September as the agency seeks to cut $637 million from its fiscal year 2013 budget under sequestration, with employee furloughs accounting for nearly a third of that amount, Reuters reported Sunday.

Paul Rinaldi, president of the Air Traffic Controllers Association, told Reuters the agency will have an average of between 1,200 and 1,500 controllers on furlough each day.

Alwyn Scott writes LaGuardia and John F. Kennedy airports in New York had delays of more than an hour, while Philadelphia airport also saw delays due to the furloughs.

The FAA has warned some airports could have delays of more than three hours because of the furloughs, Scott writes.