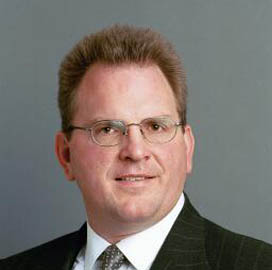 As part of his series of conversations in advance of speaking at the Potomac Officers Club‘s Post-Sequestration Summit on Tuesday, May 14, Jim McAleese, founder and principal at McAleese & Associates, provided the following perspective with respect to the 2014 budget request.

First, it provides a tremendous amount of insight into the service priorities, and trade‑offs, that are funded. But, it has not been reduced by approximately $52 billion, under the assumption that there would be not be a 2014 sequester. So, immediately, the 2014 budget request is approximately 9 percent over budget if the 2013 sequester carries into 2014, which means most contractors will be prone to relaxing, now that they see what the funded 2014 programs are.

But the reality is that if that sequester continues into 2014, there will be a significant number of additional program deferrals and program kills, beyond what’s already in the 2014 budget request. Second, we don’t have the 2014 OCO request for the Overseas Contingency Operations yet. What is known, is that the administration is currently finishing up, as we speak, the transition strategy for Afghanistan. General Dunford, the ISAF Commander, is thought to be making his recommendations to the president shortly.

And then the president will decide what the speed of the Afghan transition will be. There are approximately 70,000 U.S. soldiers and Marines currently in Afghanistan, and the department is planning to reduce that from 70,000 to approximately 34,000 by September 2014, which is the end of DOD’s Fiscal Year 2014.

A large number of public pundits immediately stopped and said, ‘Okay, that means we can immediately take the $88 billion 2013 OCO actual funding and, if the force structure is going to go from 70,000 in Afghanistan in 2013, down to 34,000 at the end of 2014, then the 2014 OCO request, when it is eventually provided by the White House to Congress, should be half the size of the 2013 $88 billion OCO funding.’ I do not believe that that will not be the case.

I generally forecast that we will see a 2014 OCO request probably around mid-to-late May, that will be approximately $10‑to-$15 billion less than the $88 billion 2013 OCO funding, but not a lot smaller than that.

So, the good news is that should Congress choose to fund most, or all of that amount, it would provide some modest amount of relief to the 2013 sequester backlog of Readiness, Maintenance and Facilities Sustainment. All of those things that, over the next sequester months of May, June, July, August, will be become increasingly deferred by the Army, Navy, Marines, and Air Force. Therefore, some portion of that additional 2014 OCO would become immediately available, once it’s appropriated, to begin addressing some of that 2013 sequester backlog.

I generally find the 2014 budget request to be credible, and I generally tend to expect that, with certain exceptions, where there are Congressional Special Interests areas, i.e., tanks for the Army, Super Hornets for the Navy, or C130-J Aircraft for the Air Force,

I tend to expect the Congress to support the 2014 budget request, with the one notable exception of the Department’s requested BRAC closure in 2015. To date, during the two to three weeks of the force structure hearings that we’ve had so far, one of the most common themes that has emerged has been a genuine Congressional dislike, and desire not to proceed with that requested 2015 BRAC.

So, it’s really going to come down to whether the president will be willing to threaten a veto of the 2014 Defense Authorization Act, if the 2015 BRAC is not authorized. The grim reality is that the Infrastructure must shrink, as the overall force structure shrinks; so another BRAC is inevitable. The only question will be timing.