Jim McAleese: The 2013 Sequester’s Likely and Potential Impact on the Services 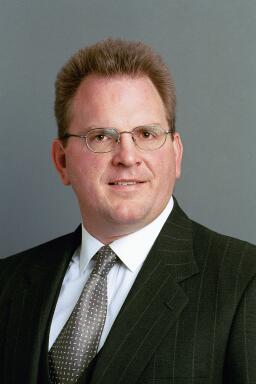 Jim McAleese, founder and principal at McAleese & Associates, recently caught up with Executive Mosaic, parent company of the Potomac Officers Club (P.O.C) and publisher of ExecutiveGov, to provide some detailed insight and perspective into the 2013 sequester.

McAleese will be speaking on May 14 at the P.O.C’s Post-Sequestration Summit with nine other government and industry thought leaders about how the government will be affected as down budgets become the norm.

In this segment, McAleese provided the following perspective with respect to the 2013 sequester and how it will likely and potentially impact the U.S. service branches.

To register for this event and gain unparalleled insight into the future of Departments and contractors, visit the event site here.

The danger inherent in sequester is important because it impacts each of the military services differently. It [sequester] is most significant to the Army, because the Army will ultimately receive a “double hit” of approximately $7.5 billion of extra Overseas Contingency Operations, or OCO costs, for the closeout of Afghanistan. That amount is beyond what had originally been planned in the 2013 $88 Billion OCO request.   This is the primary purpose of the expected $7.5B-$9B 2013 OCO Reprogramming Request.

So, in addition to this 9% cut of sequester to the 2013 account, the Army already finds itself losing another $7.5 billion right off the top, because of the extra costs of OCO, beyond what Congress has given them. Congress had the opportunity to provide $7.5 billion of extra OCO money in the final 2013 Defense Appropriations Act, but chose not to do that.

The second problem that impacts the Army is that the Army is a predominantly soldier-driven entity. In other words, the largest accounts are for military personnel (for the soldiers’ pay), plus operations and maintenance to support base operations, quality-of-life, etc.   So, by default, within the Army, the $45B Base O&M accounts are much larger than the $9 billion of research and development money they receive, and approximately $15 billion worth of procurement money that the Army is requesting in 2014 base budget.

The 9% tax, in and of itself, is not catastrophic, depending upon the size of the customer, and the relative importance of the mission. What does become critical, is that those entities that are particularly O&M intensive, like the Army, and even the Marines, basically find that this 9% Sequester tax is not allocated over a 12‑month period at 9% per month. The 9% tax is now allocated for the full year, but because the Department has already spent almost six months of the money, the 9% tax on the surviving funds that have not yet been spent, effectively almost doubles overnight.

You effectively go from a 9 percent annual 2013 sequester surcharge, to an almost 18% to 20% cut, because the amount of time you’re making this cut is only half of the 12 months that you originally had planned for.

The Navy is a bit of a different animal. The Navy has been very focused on maintaining its forward presence. They have been very focused on keeping the ships at sea, which really places a premium on what they refer to as the Ship Operations O&M Account.  There is also a premium placed on having the ships in a state-of-readiness so that they can be deployed, which is funded by what’s referred to as the Ship Depot O&M Account. Both of those are very large accounts.

Admiral Greenert was criticized because both he, and the Secretary of Defense, concluded that the Navy was not going to send that Second Carrier Strike Group to the CENTCOM area, because sequester was imminently being implemented.

Most of the money that it takes to actually deploy that carrier strike, is bought and paid for, but the actual additional deployment costs would come out of O&M money, which would be subject to the 2013 sequester. So, the Navy was very visible, early on, to move to protect the Ship Operations O&M Accounts. They were also very visible early on, warning Congress about the importance of moving forward with the 2013 Defense Appropriations Bill, because of the obvious impact to shipbuilding new-starts.

That had the effect of at least offsetting, key shipbuilding programs that would have been delayed under a full-year 2012 CR, until at least 2014. Another area where the Navy was particularly-outspoken ‑‑ and this was not driven by sequester – was the shortfall in the Navy Shipbuilding Accounts in 2014, (specifically only buying one DDG-51 and one VCS Submarine; instead of two each in 2014).

Ultimately, Congress provided $770 million of advance procurement for a second Virginia Class Submarine Reactor, which then allowed the Navy to request two submarine orders in 2014. Congress also provided a “plus-up” of a full-billion-dollars for an extra DDG-51 Class Destroyer in 2013 (3 orders total), giving the Navy the money for two Destroyers in 2014, that it otherwise could not have afforded. The Navy only had one DDG-51 in the original 2014 plan, because the second carrier, the CVN-79 Kennedy, was absorbing most of the Shipbuilding Account.

The Marines Corps has been vocal in terms of the sequester’s impacts. Commandant Amos is very credible. People generally look at him as being frugal and straightforward, and he has been one of the common threads of the Marine Corps credibility argument. It hasn’t stopped sequester, but his argument has been effective, because it is widely understood that, in the event of an unexpected contingency, the Marines truly are the force that go to the fight, as they are. They are the nation’s emergency force.

The Air Force is the last of the services, and they find themselves challenged in several different ways. The Air Force was targeted for funding reduction in their top-line in the 2013 Budget Request, versus the 2012 actuals. When Congress passed the 2013 Defense Appropriations Act, the Air Force actually lost money. Their top-line became smaller. The Air Force actually would have benefited under a full-year 2012 CR, as opposed to seeing their 2013 top-line go down in the final 2013 Defense Appropriations Act, as it ultimately did.

They are also in the situation where they had proposed to divest a significant number of lower-priority, single-purpose aircraft. Those are things like the Global Hawk Block 30, A-10, excess C-130 tactical airlift aircraft that the Air Force no longer needed, because of the new Defense Strategic Guidance issued in January 2012 said the Department is no longer going to be fighting two simultaneous mid-sized regional conflicts; but instead will be fighting one mid-sized regional conflict, while engaging in a smaller holding-action elsewhere, until U.S. forces could get there.

The Air Force no longer had the need to have to be prepared to simultaneously fight two major fights. So, there were natural places where they could reduce single purpose aircraft.  But Congress overrode that, and forced them to keep much of that excess force structure intact; which means that their operations and maintenance Bills will continue to go up, even as the Air Force ‘s top-line funding has gone down. 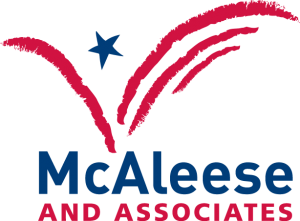 So, the Air Force finds itself in a situation where it will be strongly-impacted, in terms of sequester, both in the Operations and Maintenance Accounts, because they don’t have any extra sustainment money to begin with, and will also forfeit between $5 to 7 billion in the Investment Accounts. This will significantly impact USAF’s three major priority programs in 2013; and certainly the F-35.

Somewhere between 3-5 of the 19 F-35 CTOL planes that Congress funded in 2013, will basically be consumed by the Sequester Bill. As we go forward throughout the year, it also is becoming increasing visible that more of the Air Operations will be stood-down, funded through O&M.