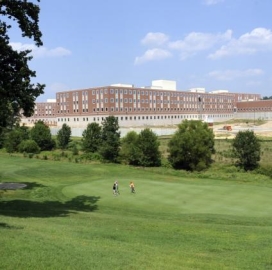 An advisory panel has recommended the federal government adopt the Leadership in Energy and Environmental Design system as the primary standard for measuring federal buildings’ sustainability, Federal News Radio reports.

Jason Miller writes the General Services Administration has required a LEED Gold certification for all new government construction projects since 2010.

“From the committee’s point of view, the use of LEED was most conducive to meet the requirements of the Energy Independence and Security Act,” he told the station.

GSA released in February a Federal Register Notice on the ongoing review of green building certification systems and asked for additional public comments.

The agency plans to make its recommendation on green building certification systems this summer.

The Department of Energy (DOE) has awarded $16 million in funds to 17 projects in support of the development of ultra-high temperature materials for gas turbines. DOE said Wednesday that it seeks to build materials that will operate at 1800 ºC with coatings and coolings or at 1300 ºC in a stand-alone material test environment.