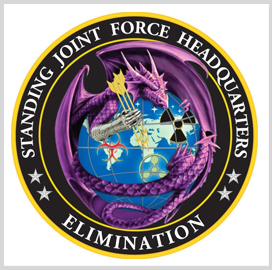 A joint command and control system that is intended to be fully operational in the coming year will focus on efforts to identify and counter the threat of weapons of mass destruction, the American Forces Press Service reported Wednesday.

“It is such a specialized area, so [the combatant commands] don’t have the complete depth of [chemical, biological and radiological] and counter-WMD expertise that we have resident in these three organizations,” Polakowski told the American Forces Press Service.

“These three entities, under the headquarters mantle, would provide that resource and expertise to the combatant commands and any command underneath them,” he added.

When the command is ordered, it will go into foreign nations to locate, characterize, secure and disable or dispose of hostile WMDs and WMD programs.

“This should serve as a deterrent to those trying to establish their own WMD programs,” Polakowski said. “And if they already have one, it should dissuade them from continuing to maintain it.”