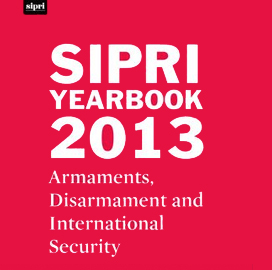 India and Pakistan also bolstered their stockpiles with 10 warheads each, according to the institute, which released the figures in its latest yearbook.

India has 90 to 110 devices, Pakistan holds 100 to 120 units while North Korea may have as many as eight warheads in its inventory, it said.

According to Kile, there were more than the usual number of nuclear tests conducted in 2012, which he said could indicate each nation’s effort to modernize their weapons arsenal.

According to the SIPRI report, Russia remains as the nuclear state with the largest inventory with 8,500 warheads, compared to the U.S., which has 7,700.