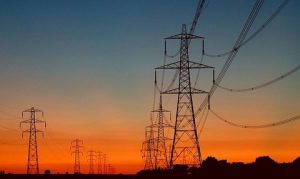 The Bureau of Land Management and companies behind a proposed power line that aims to transmit green energy in three states has faced resistance from the Pentagon and environment advocates, Defense One reported Monday.

Bob Brewin writes defense officials and protesters oppose a suggested route for the 515-mile SunZia project that crosses the White Sands Missile Range and a number of protected areas in the southwestern U.S.

The article says the BLM chose a plan last month from SouthWestern Power Group II LLC and Tucson Electric Power, which aim to operate the system after 2016.

A 2012 draft plan of the BLM failed to consider an “unacceptable risk to national security,” Defense Undersecretary Frank Kendall was quoted to have said in a March letter to Interior Deputy Secretary David Hayes.

“It is possible that a missile could inadvertently strike the power line or catastrophically fail and shower debris on the power line,” Kendall added.

Katherine Hammack, U.S. Army assistant secretary for installations, energy and environment, cited part of the route that crosses a restricted area of the WSMR, according to the article.

According to the article, a goal of the project is to transmit renewable energy east and west through wind farms in New Mexico and a planned natural gas-fired power plant in Arizona.

Donna Hummel, a BLM spokeswoman from Albuquerque, said the latest route selected had been seen as more environmentally- friendly compared with other options.

Defense One says the BLM, which started to assess proposals for the project in 2009, still has to coordinate with state governments of Arizona and New Mexico before it can approve the project.