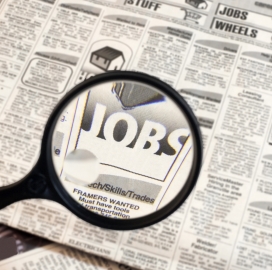 The Chief Human Capital Officers Council plans to take suggestions on how to amend the hiring process for federal agencies in an effort to diversify recruitment approaches, Federal News Radio reported Tuesday.

Jason Miller writes the CHCO Council will hear proposals in the second phase of its hiring reform initiative next week amid a recruitment freeze in the government due to sequestration.

“Those different populations of people require different recruitment and hiring approaches, so having a plan that covers all of those bases helps create that smooth transition from one full time equivalent level to another,” she said.