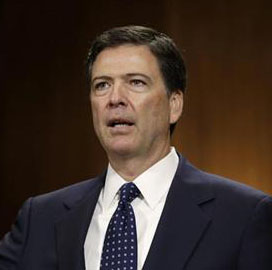 Thomas Ferraro writes Comey won a 93-1 vote on his appointment, replacing Robert Mueller as the bureau’s lead since 2001.

The Senate cast its vote after Sen. Rand Paul withdrew his opposition to Comey’s nomination following the FBI’s response to his question on the use of unmanned aerial vehicles, according to the report.

The FBI is made up of 36,000 employees, including 13,785 special agents and will be moving to a new headquarters in the next few years.