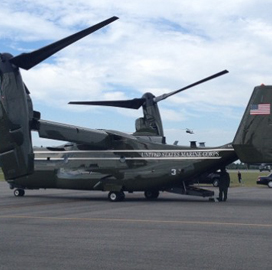 The fleet was reengineered in late 2000 to address safety concerns and support combat missions in Afghanistan, according to the report.

CNN reports President Obama dropped plans to buy a new fleet of Marine One helicopters in 2009 because of budgetary issues.