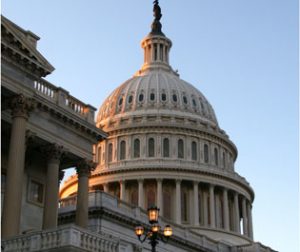 A defense authorization bill is expected to be a priority in Congress this fall as both the House of Representatives and Senate seek to define the roles of federal chief information officers, FCW reported Friday.

Adam Mazmanian writes Federal IT Acquisition Reform Act co-sponsor Rep. Gerry Connolly (D-Va.) said the provisions have one objective, which is to identify “clear lines of responsibility, authority and accountability over IT investment and management decisions.”

The article says the House FITARA differs from Senate legislation in that the former will give agency CIOs budget and hiring authority and make the position a presidential appointment while the latter intends to merge CIO and deputy chief management officer roles.

“Specifically, change is required to make the DCMO a co-equal of the other undersecretaries of defense with the independent statutory authorities necessary to introduce and drive implementation of transformational change,” the Senate Armed Services Committee was quoted to have said in the write-up.

Mazmanian reports Trey Hodgkins, TechAmerica global public sector senior vice president, agrees that the House and Senate bills both suggest that CIOs would play a significant role “in the decision-making process at the highest level.”

“FITARA isn’t an all-or-none proposition,” Hodgkins added, noting “there are pieces that are worth keeping and pieces that need some more work and that’s how we think the committees will approach it.”