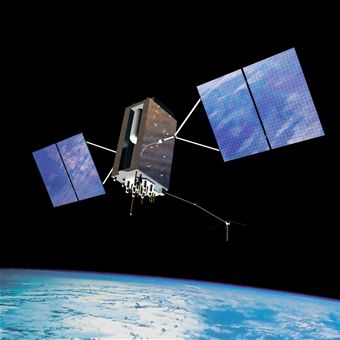 Irene Klotz writes the Wideband Global SATCOM satellite program is a partnership between the U.S. Air Force and allies such as Australia, who provided $707 million in funds for the launched satellite.

Klotz reports Australia provided funds to Boeing for development and to ULA, a Boeing-Lockheed Martin joint venture, to lift the rocket into space.

In return, Australia gets to use a portion of the WGS spectrum through 2029, the report says.

“This sharing of resources is very consistent with what the Department of Defense wants to do to form stronger coalitions with our allied partnerships, to share costs of operations,” Madden told Reuters.

The Air Force is also collaborating with Denmark, Netherlands, Luxemburg, Canada and New Zealand for WGS-9, according to Reuters.