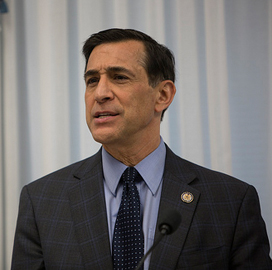 Adam Mazmanian writes the lawmakers argue the proposed amendments to the Digital Accountability and Transparency Act will further open the government to public accountability.

This is the second time in three years that the House is considering changes to the DATA Act, according to FCW.

Cantor plans to schedule the bill to a House vote as soon as the Congressional Budget Office evaluates the legislation.

“Transparency to me means accountability. It means more eyeballs on the way that government operates, on its spending patterns,” Cantor said, according to the report.

A Senate companion bill is set to be discussed at a Homeland Security and Government Affairs Committee meeting next month.