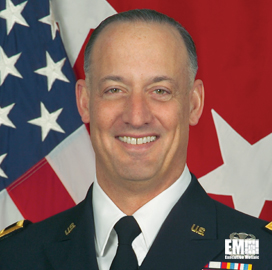 Lynn returns to DISA after serving as its chief of staff between July 2007 and October 2008, DISA said Monday.

He was commissioned into the Army as an air defense artillery officer in 1979 and has led several signal corps units and the Army Signal Center of Intelligence over the course of his military career.

Simpson reflected on his experience as DISA vice director, a position he held starting in July 2011.

“There’s not a deployment that I’ve been on that I did not realize the importance of DISA’s mission and its relationship to the success of whatever operational unit or units I was responsible for,” Simpson said.

During his tenure, the agency restructured defensive cyber operations and carried out exercises to prepare the workforce for responding to advanced threats.

“I think DISA will be an agency that is increasingly predictive and proactive as it brings all of the support functions — acquisition, procurement, technology, research and development, test and evaluation and spectrum — together in an enterprise framework,” he predicted.

Simpson added he aims to move to a civilian role wherein he can use his experience to continue to help strengthen the nation.