Center for Security Policy to Recognize Rep. C.W. ‘Bill’ Young as “Keeper of the Flame” 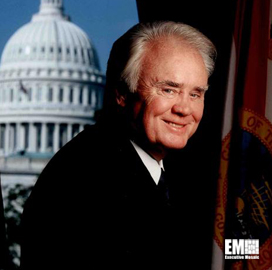 The Center for Security Policy – a non-profit national security organization – will recognize Rep. C.W. “Bill” Young (R-Fla.) on Oct. 23 at its “Keeper of the Flame Award Dinner“.

The honor was first awarded in 1990 and is meant to “bestow recognition on those individuals who devote their public careers to the propagation of democracy and the respect for individual rights throughout
the world,” among other distinctions, the center says on its website.

Young serves as chairman of the Defense Appropriations Subcommittee and has represented his district in the House since 1971, having been re-elected 20 times over that period.

The longest-tenured Republican currently in Congress, Young has held public office for more than 50 years and served as chairman of the House Committee on Appropriations between 1999 and 2005.

The center cites the U.S. Army National Guard veteran as a prominent advocate for increased biomedical research who oversaw improvements in military base housing, medical care, pay and equipment.

The center will also honor retired Gen. Al Gray, the 29th Commandant of the U.S. Marine Corps, with its Freedom’s Shield award that is meant to recognize “those whose distinguished public service in uniform and continuing efforts on behalf of liberty serve as an inspiration and lodestar to freedom-loving people everywhere.”

10/21 UPDATE: Current Marine Corps Commandant Gen. Jim Amos will introduce Gray, while retired Gen. Jim Jones will introduce retired Major Gen. Randy West, who will accept the Keeper of the Flame award on behalf of Young, who has passed away this week after an illness. 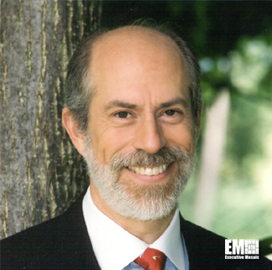 Frank Gaffney founded the Center in 1988 in an effort to pioneer public policy coalitions that promote U.S. national security and to engage executive branch officials, legislators and others to catalyze the adoption of such bodies’ recommendations and other products.

Described as a “Special Forces in the War of Ideas,” the Center works to produced “informed and penetrating” analyses of matters relating to foreign and defense policy as part of its efforts to promote “peace through strength.”

Gaffney is the former Assistant Secretary of Defense for International Security Policy under President Reagan who also served as chairman of NATO‘s senior politico-military committee, the High Level Group. He earlier served as Deputy Assistant Secretary of Defense for Nuclear Forces and Arms Control Policy and was a professional staff member on the Senate Armed Services Committee.

Along with his non-profit and non-partisan organization, Gaffney is a public figure in the pursuit of his goal to “identify challenges and opportunities likely to affect American security broadly defined, and to act promptly and creatively to ensure that they are the subject of focused national examination and effective action.”

The proceedings will include a morning “Symposium on Law, Policy and Innovative Technologies in National Security,” which will feature panels on: 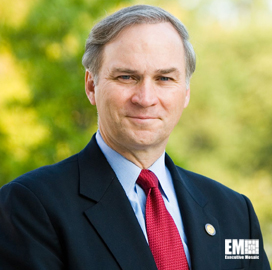 Rep. J. Randy Forbes (R-Va.), representative for Virginia’s fourth congressional district and chairman of the House Armed Services Seapower and Projection Forces subcommittee, will also address the audience at the dinner as a guest speaker.

Forbes has served in Congress since 2001 and also rose through state government, serving in Virginia’s house of delegates from 1989 to 1997 and serving in the state senate from 1997 until his election to Congress. He has previously served as chairman of the HASC Readiness subcommittee.