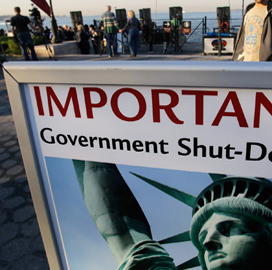 The Federal-Postal Coalition moderated a conference call last week that tried to tackle the effects of the partial government shutdown on furloughed workers, GovExec reported Friday.

For the laid off, they indicated that the impact goes beyond the paycheck.

Lee Stone, who works at the NASA Ames Research Center, said he had to cancel experiments he had lined up at work, including tests that may point to the cause of a recent airplane crash in San Francisco.

The senior scientist said the lost opportunity to learn extends to students who had to cancel their field trip to the facility.