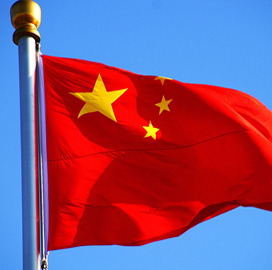 China has announced plans to build an industrial base  in Beijing’s southern Daxing District that integrates the entire process of developing and producing drones, Defense News reported Tuesday.

Wendell Minnick quoted state media as saying the base will be built on 134 hectares of land in southern Beijing, with an expected output of $1.6 billion as early as 2015.

According to the Beijing Daily, China Aerospace Science and Technology Corp.’s China Academy of Aerospace Aerodynamics will lead the project which includes the entire UAV life cycle from design, manufacturing and testing to sales and commercial applications.