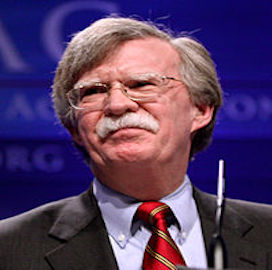 Bolton said that he wants to find, support and elect the “effective spokespeople for American national security in the House and the Senate.”

“We are going to have no debate over America’s national security policy and we are going to end up in an even weaker position at the end of Obama’s term than we are already likely to be,” Bolton added.

He is one of the farthest-right foreign policy thought leaders in the Republican Party, according to the article.