James Miller to Leave Pentagon as Undersecretary of Policy in January 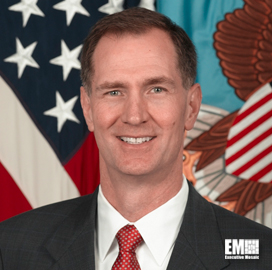 James Miller, Department of Defense undersecretary of defense for policy, will be leaving the Pentagon in January, according to a Defense News article.

Marcus Weisgerber and Paul McLeary write that Miller told DoD leadership of his impending departure Friday morning which leaves the office of the undersecretary for policy with few senior leaders.

This follows news earlier this week that Beth McGrath, deputy chief management officer at the DoD, will retire at the end of this month and Ash Carter, deputy defense secretary, will step down on Dec. 4.

Defense News reports that the office could undergo restructuring due to budget cuts at the Pentagon.