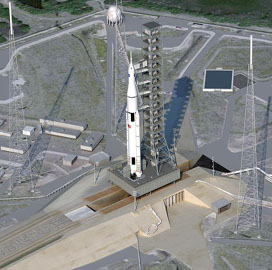 The Adaptive Augmenting Controller technology works for the SLS to adjust to varying vehicular and environmental conditions during space launch, NASA said Tuesday.

The system is NASA’s first autonomous controller for the SLS rocket, the agency says.

NASA used an F/A-18 research jet for the test flight at the Edwards Air Force Base, Calif., on Nov. 14 to 15, during which the agency performed 40 evaluations on the system under different situations.

VanZwieten added that NASA intends to use the adaptive system to extend SLS capabilities.