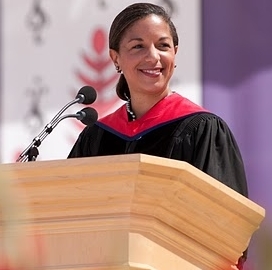 The Obama administration has reiterated its intention to re-balance its foreign policy focus toward the Asia-Pacific, Reuters reported Wednesday.

Steve Holland writes Susan Rice, national security adviser to President Obama, spoke about the administration’s effort to strengthen ties with allies in Asia during a recent speech at Georgetown University in Washington, D.C..

“No matter how many hot spots emerge elsewhere, we will continue to deepen our enduring commitment to this critical region,” Rice told the audience, according to the report.

She also said the President plans to visit Asia in April 2014 to make up for his cancelled tour last month
due to the government shutdown, Holland reports.