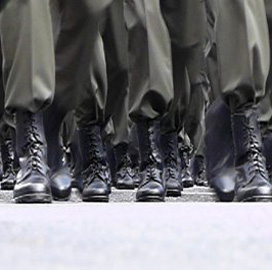 Secretary of State John Kerry and NATO officials have advised the Afghan government to sign a security deal meant to insure the presence of some U.S. troops in the country beyond 2014, Reuters reported Tuesday.

“You know, his minister of defense (Bismullah Khan Mohammadi) can sign it, the government can sign it, somebody can accept responsibility for this,” Kerry said in a press conference at Brussels.

Karzai’s reluctance to sign the deal is delaying plans to deploy a smaller NATO-led training force in Afghanistan after the foreign troop pullout planned for next year, the report said.