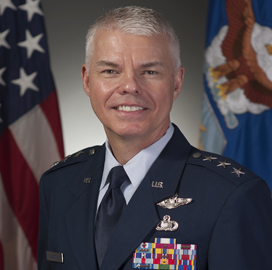 The U.S. Air Force is asking its acquisition managers to implement programs in the same manner that they executed plans under the 2013 sequestration amid a new federal spending agreement, Federal News Radio reported Thursday.

Jared Serbu writes the discretionary spending deal that the House and Senate budget leaders recently proposed is expected to reduce sequestration cuts for the Defense Department in 2014.

Lt. Gen. Charles Davis, military deputy to the Air Force secretary for acquisition, told participants of the annual Air Force IT day that Air Force officials also hope for the agreement to ease sequester cuts to the service, according to the report.

Davis said at the event the Air Force wants to upgrade old fleets and turn its focus on science and technology by minimizing procurement costs, the station reports.

“That means we have to curb our requirements, we have to manage what we want for technology, we have to be very judicious about the capabilities we ask for,” Davis added.