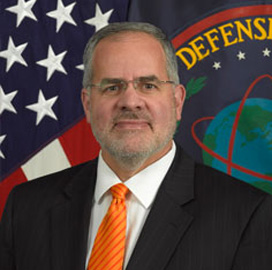 David Shedd has been serving as deputy director of the Defense Intelligence Agency since August 2010.

In this role, Shedd helps the DIA director manage more than 16,500 military and civilian workers and lead the Defense Intelligence Enterprise, an organization within the Defense Department focused on intelligence operations.

Shedd most recently served as the National Security Council’s special assistant to the president and as intelligence programs and reform senior director.

He also helped to implement an intelligence reform based on the 2004 9/11 Commission report, the Intelligence Reform and Terrorism Prevention Act and the Weapons of Mass Destruction Commission’s report to the president in 2005.

Shedd served as chief of staff and the national intelligence director’s acting director of the intelligence staff between May 2005 and April 2007 after holding intelligence policy roles at the NSC from 2001 to 2005.

From May 2007 to August 2010, he helped implement policies on information sharing, intelligence community authorities and analytic standards as director of national intelligence – deputy for policy, plans and requirements.

Shedd was responsible for the review of an intelligence policy that former President George W. Bush revised in July 2008.

He also worked to develop an intelligence strategy for the IC that was published in 2009 and served as the Central Intelligence Agency’s chief of congressional liaison.