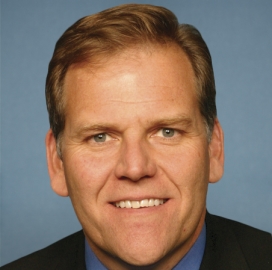 Mike Rogers, chairman of the House Intelligence Committee, has criticized the Obama administration for reaching out to Islamic rebels in Syria and persuading them to support international peace talks, National Journal reported Thursday.

Sara Sorcher writes Rogers told the publication that the U.S. should “draw the line” when looking for a diplomatic approach to end the Syrian conflict.

Rogers said that Islamic militants “want a safe haven in eastern Syria and—we know this with a high degree of confidence—to conduct operations external to Syria.”

“You don’t negotiate with terrorist groups that have that kind of mind-set,” he added, according to the article.

The Islamic Front, a new rebel coalition of religious militias is the target of outreach by the U.S. its allies.

National Journal reports Rogers also voiced his concerns regarding the U.S.’ decision to allow Iran to continue its uranium-enrichment activities in order to resolve a dispute over the Middle Eastern nation’s nuclear development program.

“No, I don’t believe that there will be any dismantling for their program,” he told the publication.