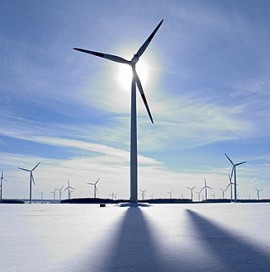 A new executive order from President Barack Obama is asking all federal agencies to increase renewable energy use for electricity to 20 percent by 2020, Associated Press reported Wednesday.

President Obama is scheduled to announce the order Thursday as part of efforts to address climate change and prepare for its impact, according to the report.

The renewable energy plan would almost triple the current goal of the federal government and is intended to help minimize pollution, reduce dependence on energy and build up solar and wind power sources, AP reports.

The government currently maintains nearly 500,000 buildings and 600,000 vehicles and has a goal of fulfilling 7.5 percent of its electricity demand with renewable sources, AP reports.

The Defense Department is targeting a 25 percent renewable energy supply by 2025, according to the wire service.