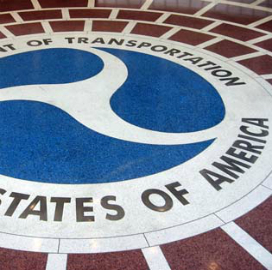 The Transportation Department is pushing an initiative to review and train its executives and evaluate the hiring process amid employee survey results that highlighted leadership and training as focus areas, Federal News Radio reported Wednesday.

Brian Crew, the agency’s associate director for human capital planning and solutions, said the program will concentrate on the behavior and performance of personnel in the Senior Executive Service ranks, the station reports.

Jason Miller writes the review process includes a 360-degree assessment for superiors, subordinates and colleagues to give feedback to the SES member, a proposal Crew notes has received mixed reactions.

“Some people are excited to receive that kind of feedback and know how they are doing from the various stakeholders,” Crew said.

“Others are a little afraid and that’s rightfully so because we haven’t done it with a lot of people for a while,” he added.

The process is followed with an executive coaching program wherein Crew says “an expert in leadership actually (works) with the leader.”

The third part of the initiative is the agency’s evaluation of its hiring process, including the tools and situational judgment used in candidate reviews.

Miller notes DOT scored 60 in the 2013 Employee Viewpoint survey and ranked eighth in the 2013 Best Places to Work poll.