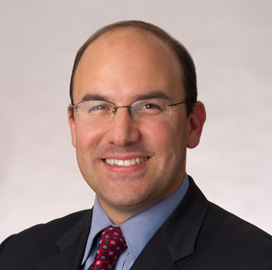 This is the second part of an interview with Juan Zarate, a senior adviser at the Center for Strategic and International Studies and author of Treasury’s War: The Unleashing of a New Era of Financial Warfare.

Click here to read part one of the interview

On the question of deterrence, one of the key elements of Treasury’s strategy was to deter people in groups from funding terrorism. It wasn’t just freezing assets now, but undermining networks and support for those networks in the future.

So the question of how you deter the business cycle of a terrorist organization or a network that is an enemy of the country became a critical question for me and for us as we looked how to deal with the problem of WMD terrorism and the use of deterrents in that context where classic deterrents may not be applicable.

The use of financial power and the way that we thought about its use in the context of deterrence gave us greater bandwidth to think creatively about the use of deterrence in the WMD terrorism business cycle. Those are just two of many examples where the lessons and the use of treasury’s powers translated easily, neatly and importantly into the broader national security issues we were dealing when I approached and arrived at the White House. How will Treasury and the White House need to continue to evolve how they go after the growing amount of disparate actors and asymmetric threats?

The reality is that our enemies, especially those are networked in the global environment, are adapting against and around the financial campaigns that we’ve unleashed. In the first instance, we have to tend to the tools and to the financial ecosystem that allows us to isolate rogue financial activity from the legitimate financial system.

That means not just identifying rogue activity but also widening the scope of legitimate actors and legitimacy in the international financial community. That means keeping China and Russia, for example, on board in terms of broader anti-money laundering and sanctions policy.

It also means thinking creatively about positive measures that can be taken in the context of financial incentives. We often focus on the ‘stick’ of financial isolation, but we need to think about the ‘carrot’ of financial inclusion as a way of driving legitimate behavior and incentivizing the right kind of actions that we want.

We need to be careful not to overuse these powers. These are not powers that can be leveraged the same way in every instance and certainly are not a silver bullet to all of our problems, so we have to be careful about the overuse of these powers in part because it raises the potential of overburdening the private sector and driving market players away from the use of the dollar and potentially away from U.S. financial markets.

We have a delicate balance to draw, although we need to continue to use these kinds of strategies creatively to undermine the financial networks of our enemies.

How is Treasury working with other agencies to broaden what they are able to accomplish?

There are good efforts by Treasury and other parts of the government to create financial inclusion, especially in developing economies and in under-included populations. Its critical to bank the unbanked and to give access to financial resources to parts of the world that don’t have that in a way that ensures financial integrity and international standards.

That’s a critical part of the next stage of globalization and the ability to leverage financial power from both a positive perspective and as a way of isolating our enemies.

There are a number of efforts underway throughout the world, including in Afghanistan, to pioneer new projects and systems like mobile banking and identity management on charitable and relief donations, all of which are intended to both provide more inclusiveness to the financial system, but also to ensure a greater degree of integrity and anti-corruption.

What have you been doing since you first joined the Center for Strategic and International Studies and what are some of the more significant things that you are currently working on?

I’ve split my time since I left government between being a think tanker, an academic – I ve also been teaching at Harvard Law – working with the media through CBS News, and consulting. CSIS has been a phenomenal home for me in terms of my Washington think tank work.

We have done some very important work looking at the future of Al Qaeda and associated movements. We did a 25-year future study that concluded at the ten-year anniversary of 9/11.

We’re in the middle of a three-year study on the future of militancy and the arc of instability from South Asia to the Middle East and into West Africa. I’ve worked on a number of other projects with various scholars at CSIS to include looking at what the future of the national economic security paradigm looks like for the U.S., part of which I discuss in chapter 16 of the book.

As you look forward, what are you most excited to work on? I get excited about big ideas that match big opportunities. I think there is an evolution in the anti-money laundering system that’s necessary in order to make it more effective, less costly and less burdensome for both government and the private sector. I’m looking forward to opportunities in that space that allow innovation of what financial integrity looks like in the future while taking advantage of commercial opportunities that are attached to that.

I’m also excited about continuing research at CSIS and the work I do at Harvard Law, which I think may spawn another book here in the coming years on the importance of legal frameworks in national security decision making and how those frameworks have changed over time and what they mean for the future of decision making, especially amid the growth of technologies like biometrics and automated decision making.

I come from a personal background that believes mightily in the importance of the power and integrity of America, both as an idea and as a key leader in the world. That’s animated the way I always talk about American power and animates the way I thought about how we were apt to leverage that power post 9/11 and I think it will forever animate the way I think about our foreign policy and key national security issues.

The world is a darker place without American leadership and integrity and its important to recognize that, understanding there are limitations to what we can do around the world, but also not constraining our imaginations to what’s possible.