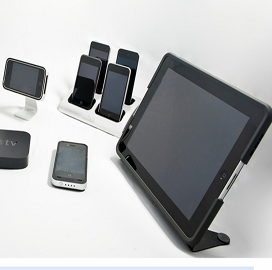 The U.S. Air Force has started to distribute mobile devices that run Apple’s operating system across its enterprise as a replacement for Blackberry gadgets.

Air Force executives have begun to transition to iOS devices and users that have completed that process will receive a start guide for using the devices, Air Force Space Command said Friday.

The Air Force intends for the migration to help users gain access to new commercial technologies in a secure environment.

“In order to keep costs down and save on network resources, BlackBerrys will be turned in and shut off once the user is transitioned to an iOS device. Any new BlackBerry provisions beyond Jan. 1, 2014 will require a waiver from AFSPC/A6,” said Brig. Gen. Kevin Wooton, Air Force Space Command’s communications director.