Air Force Executive Board to Oversee IT Investments 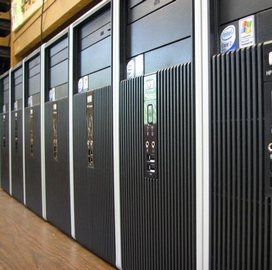 The U.S. Air Force has created a new executive board to oversee the branch’s information technology investments as the Air Force seeks to build up its IT talent roster, Defense News reported Tuesday.

Lt. Gen. Michael Basla, the branch’s chief information officer will lead the board as it works to review functional applications throughout the Air Force, Nicole Blake Johnson writes.

Other board members include a representative from Air Force Space Command as well as the branch’s deputy chief management officer, acquisition chief and chief operator.

Lt. Gen. Charles Davis told an Armed Forces Communications and Electronics Association event Tuesday that branch’s IT project difficulties mainly stemmed from a shortage of IT talent, according to Defense News.

Davis, military deputy to the Air Force acquisition secretary’s office, also pointed to the different acquisition strategies and the number of people involved in decision-making and policy as a cause of many challenges to IT programs, Johnson reports.