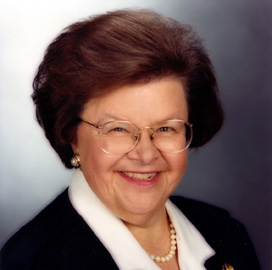 The federal government, Maryland and Montgomery County have reached a partnership agreement to further build up the National Cybersecurity Center of Excellence.

Mikulski, chairperson of the Senate Appropriations Committee, said the cybersecurity center is established to help protect ideas and technologies in the U.S. from terrorists and criminals.

“This center will unite the knowledge of the government with the know-how of the private sector to improve our nation’s cybersecurity and create jobs,” Mikulski said.

The NCCoE is built to expand the adoption of cybersecurity tools and technologies and serves as a collaboration hub for companies including Cisco Systems, McAfee, Microsoft, RSA and Symantec to contribute hardware and software to the center.

The partnership extends a previous agreement that NIST, the State of Maryland and Montgomery County signed in February 2012.

The NCCoE will be moved to a Rockville, Md.-based building from its temporary office in the Institute for Bioscience and Biotechnology Research in the Universities at Shady Grove.