Ben Bernanke Joins the Brookings Institution as a Distinguished Fellow 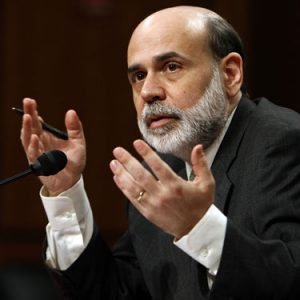 Ben Bernanke has joined the Brookings Institution after serving as head of the Federal Reserve for eight years, CityBizList reported Monday.

The publication reports Bernanke is now a distinguished fellow at the Washington-based think tank’s Hutchins Center on Fiscal and Monetary Policy.

“Brookings scholars have a well established reputation for contributing innovative ideas and trenchant analysis to economic and other public policy debates,” said Bernanke, according to the report.

“I welcome the opportunity to engage in that vibrant community through research and writing.”

Bernanke held the Fed chairmanship from February 1, 2006 to Jan. 31, 2014 and has authored a number of scholarly books and articles on economic issues, according to the article.

He served on the Fed’s board of governors between 2002 and 2005 and as a key economic adviser for seven months in the George W. Bush administration.

Prior to joining the U.S. central bank, Bernanke taught economics and public affairs at Princeton University.