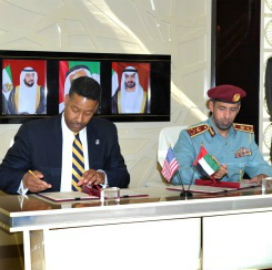 The U.S. Department of Homeland Security has signed an agreement with the United Arab Emirates Ministry of Interior for information exchange initiatives and cooperation in the measures against transnational crime.