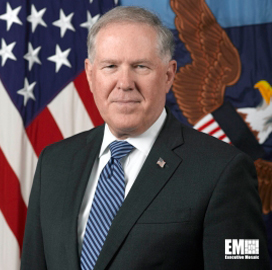 Defense Department officials will see changes in acquisition policy over the coming years as the agency moves to consolidate spending and reduce costs, FCW reported Tuesday.

Amber Corrin writes the DoD is expected to reform processes for procuring military weapons, information technology systems and other services, as well as for managing the acquisition workforce.

Frank Kendall, DoD undersecretary for acquisition, technology and logistics, told a conference that the agency plans to unify its purchasing policies before the fiscal 2015 defense budget proposal, the report says.

Kendall said the acquisition overhaul will require business systems worth more than $1 million for a five-year spending plan to obtain validation from the Office of the Defense Secretary, according to the report.

“Our intent is to ensure that people approach the problem of how to do a specific acquisition with an open mind and try to do the best approach for that particular product,” said Kendall.

“It struck me how incredibly complicated it was, how difficult it was for program managers to just make their way through that maze.”

The DoD official also told the conference that changes to the Defense Acquisition Regulations System could arrive in the coming months, FCW reports.