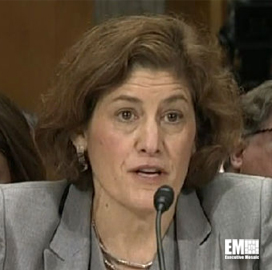 Beth Cobert of the Office of Management and Budget said Thursday that agencies have shown gains in streamlining their operations and expenses as they worked to meet performance goals for fiscal year 2013, GovExec reported Thursday.

Charles S. Clark writes the deputy director for management unveiled fourth quarter results on Performance.gov that indicated fewer reports of food- and hospital-related illnesses as agencies adopted practices “like those used in the private sector.”

“We’ve seen real gains in programs such as exports and cybersecurity, where coordination across agencies is key to success,” Cobert said at a press conference this week.

The Commerce Department recording exports worth $2.3 trillion in fiscal 2013, the Treasury Department raised electronic transactions to 97 percent from fiscal 2010 to 2013, and the Department of Housing and Urban Development extended assistance to 31-percent more households for the same three-year period.

Cobert expects President Obama to set forth new priority goals in his fiscal 2015 budget to be released in March.