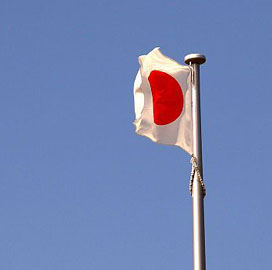 The Japanese government is planning to rescind the country’s ban on weapons exports in a move aimed at building up its military clout, Agence France-Presse reported Wednesday.

Citing a Kyodo News report, AFP writes Prime Minister Shinzo Abe’s cabinet is set to decide on a draft document in March that would approve exports of Japanese-built arms to certain countries.

The countries to which Japan intends to sell weapons sit along sea lanes where imports travel.

Japan prohibits the sale of weapons to communist nations or countries that could participate in war under a 1967 ruling, according to the report.

The ban will stay in place for exports that could pose threats to global security, AFP reports.

Countries that could receive Japanese weapons if the legislation is ratified includes Indonesia and the Philippines.