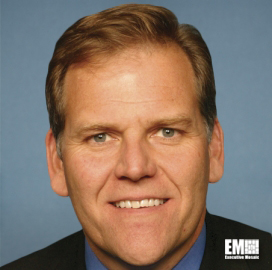 Investigators searching for answers to the whereabouts of missing Malaysia Airlines Flight 370 could be focusing on what happened to the flight simulator prior to the plane’s disappearance, House Intelligence Committee Chairman Mike Rogers told CBS’ “Face the Nation” Sunday.

“They want to go through and find out, did you– were you playing some scenarios on that particular flight simulator that might match up to some alternate activity on your flight path,” Rogers said.

The plane has been missing for 10 days as of Monday and 26 countries are involved in the search, the Daily Telegraph reports.

Rogers will address a group of government contracting executives on March 9 as part of the Potomac Officers Club‘s 2014 Cyber Summit.

He will be joined by the Chairman of the House Intelligence Committee Ranking Member Dutch Ruppersberger and several other government leaders in a discussion with GovCon leaders about the future landscape of cyberspace.

Click here to learn more about the speakers and to save your spot at the summit.