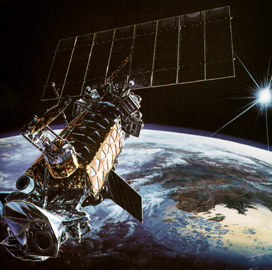 A Lockheed Martin satellite built for the U.S. Air Force‘s Defense Meteorological Satellite Program is scheduled to launch on Thursday from Vandenberg Air Force Base in California.

DMSP satellite 19 was integrated and tested at a Lockheed Martin Space Systems facility in California and will launch five years after DMSP-18 joined the constellation in orbit.

The Air Force Space and Missile Systems Center manages the DMSP program with support from the National Oceanic and Atmospheric Administration.