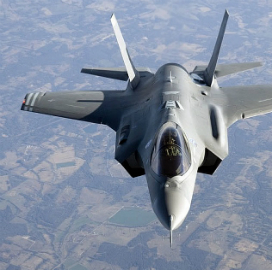 Andrea Shalal writes the aircraft’s logistics system — which uses software to plan missions, schedule flights and take care of other daily operational tasks of the F-35 program — has been undergoing updates following recommendations from a Navy security review in 2012.

“Based on the amount of attention that it’s getting, I’m very confident that it will be able to support (the F-35s) right now,” he told an Association of the U.S. Navy event.

“There an awful lot of attention and lot of focus on it,” he said. “We all know what has to happen.”