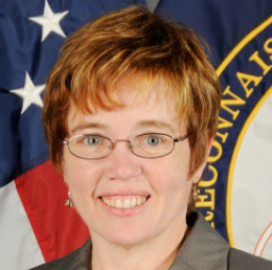 Kristina Harrington, signals intelligence directorate chief at the National Reconnaissance Office, has said that the U.S. government needs to overcome hurdles in the acquisition process so it catch up with the private sector in cyber capabilities, Breaking Defense reported Monday.

Colin Clark writes that her statements echoed those of Col. Dean Hullings, cyber superiority division chief at Air Force Space Command, who noted that the country is “certainly behind” its adversaries in both defense and offense.

Both officials made the remarks at separate panel discussions during the full-day cyber event of the ongoing National Space Symposium in Colorado Springs.

According to Harrington, the Director of National Intelligence is already busy in looking for ways to fast-track cyber acquisition.

She suggested looking into the IDIQ contract model where the government could quickly rely on a flexible but stable supply of contractors, noting that “two years to get it is two years too late in the cyber industry.”