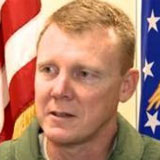 Panelists at a Center for Strategic and International Studies event have called for the Defense Department to re-examine how it is funding work to produce and apply unmanned aircraft systems, FCW reported Thursday.

This environment puts the government in a position where it needs to “(think) hard about how we want to use these systems, what mission sets we want to get into, and where we want to invest our time and money,” Col. Kenneth Callahan, director of the U.S. Air Force‘s Remotely Piloted Aircraft Capabilities Division, said in the Thursday panel discussion.

“The countries that develop new military technologies are not always the ones that figure out how to use them,” Callahan added.

“Cooperation amongst the services right now in the field of RPAs is as good as it has ever been, in my estimation,” he said.

The CSIS report’s authors recommended creating a special office led by a two-star general or flag officer that will act to consolidate all UAV related research DoD-wide, monitor the budget for it and report to the deputy secretary of defense.