Report: Pentagon Official Mark Lippert to be Nominated US Ambassador to South Korea 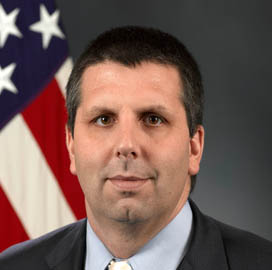 Lippert, currently chief of staff to Secretary of Defense Chuck Hagel, advised President Obama on foreign policy issues during Obama’s time in the U.S. Senate and during the 2008 presidential campaign.

As a top Pentagon official, Lippert has worked on the strategic policy agenda focused around the Asia-Pacific region.

He has also led a delegation of U.S. military personnel in defense talks with Korea and Japan regarding security issues.