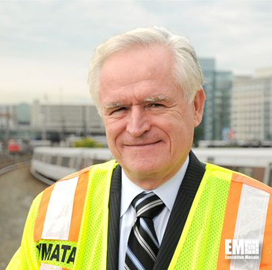 Metro General Manager Richard Sarles said the transit agency plans to take over the Silver Line as early as next week and expects the move to expedite the opening of the new rail line, the Washington Post reported Monday.

“For planning purposes, we’re targeting May 27…  That’s what we’re headed for right now, and it looks pretty attainable,” Sarles told reporters in a virtual press conference, according to the Post.

Lori Aratani and Paul Duggan write that the $5.6 billion project has seen issues on safety features and fire code requirements during construction, which has led to significant delays in the timeline.

According to Sarles, safety reviews from the Federal Transit Administration and the Tri-State Oversight Committee and emergency preparedness drills will occur during the testing phase ahead of a possible July or August launch.