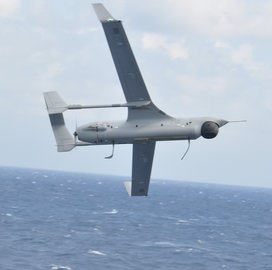 DARPA and ONR have inked a memorandum of agreement to develop concepts for operating long-endurance and long-range aircraft from small Navy ships, according to the report.

“Ideally, this collaboration with ONR could serve as a model for similar agreements with all the services for other DARPA programs, and help create breakthrough capabilities for military users,” said Daniel Patt, DARPA program manager for the Tern program, according to the report.

Five vendors will work to minimize risks for the Tern system under the program’s first phase and final work covers full-scale development of Tern for ground and sea testing, PCB Design reports.