(POLITICO)—House Republicans met on Capitol Hill on Monday to propose a $34 billion energy and water budget, pushing to heal the wounds created by about a billion dollars in budget cuts from the Army Corps of Engineers, alternatively reallocating funds from president-preferred renewable energy programs.

The drafted bill accommodates $5.5 billion for the Corps, a near-standstill for their 2014 spending limits. The House GOP’s request, however, digs a hole with a depth of some $960 million more than President Barack Obama’s original proposition, a cost that is covered by an additional $327 million attached to the bill.

In legislation surrounding renewable energy programs Obama vied for $2.3 billion whereas the House bill provided just south of $1.8, an approximated 23 percent reduction for 2014 levels. In thinking ‘big-picture’ within the Energy Department’s fiscal profile, $5 billion is appropriated for their larger science budget; again, a freezing of accounts for 2014 levels. The House GOP, like the Senate Democrats, are starting to sweat over how to rebuild those funds removed from the Corps. 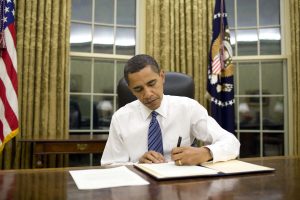 In response the Senate Appropriations Committee has allotted close to $34 billion, comparative to Obama’s request of $33.7 billion, for the same bill. Threats of incoming climate change, the ‘gas-in-the-greenhouse,’ will make the redistribution of wealth in renewable energy programs that much more difficult for Democrats to deal with.

House Appropriations Committee Chairman Hal Rogers (R-Ky.) and the manager of the bill, Rep. Mike Simpson (R-Idaho) were sure to spotlight infrastructure investments in their proposal, as Obama had hoped someone might. The double-edged sword now wedged between the Army Corps and investments in renewable energy is sharp, waiting for guidance one way or the other.