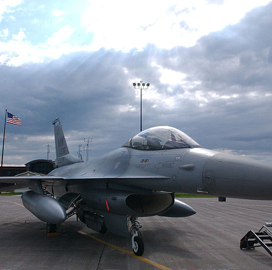 The Iraqi government expects to receive in September the first batch Lockheed Martin-built F-16 fighter jets out of the 36 it has ordered through the U.S. government for delivery by 2017, Defense News reported Thursday.

Lukman Faily, Iraq’s ambassador to the U.S., said the F-16s will be based out of the former U.S. airfield in Balad and used for a variety of Iraqi air force missions, according to the report.

Jeff Schogol writes that Iraq plans to use the planes to monitor Iraq’s border with Syria, intercept suspicious planes entering Iraq’s airspace and attack terrorist bases in the western part of the country.

Iraqi pilots are currently undergoing flight training for the F-16, beginning with a basic course and moving forward to wingman, flight lead and instructor training spanning up to 57 months, Schogol reports.